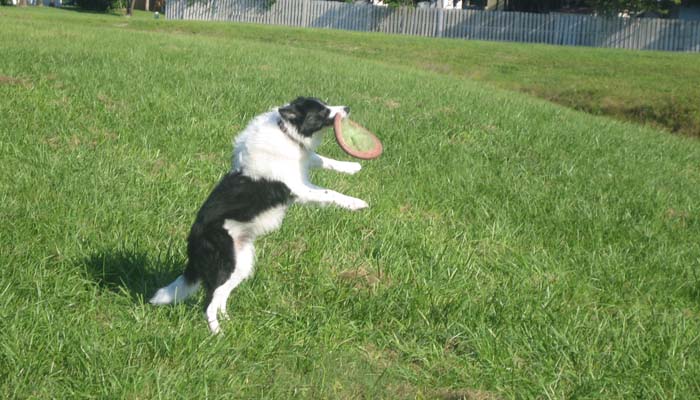 It was a year ago today [August 21, 2013] when I said “God be with you,” and Miles “jumped peacefully into the arms of God.” His health had been declining in the two years prior to his death. On this day one year ago, I stopped to visit Miles at the vet (he was staying there for treatment). When I walked in, he showed his typical happiness in seeing me, but then he got a very sad demeanor and set his head down on his front paws. I stayed there petting him in silence for about fifteen minutes until he lifted his head again, looked me straight in the eyes, and with his eyes, he silently said, “I’m ready, thank you for a great life. I know you have a really hard decision, but I’m not worried or scared, we’ve played and loved each other well.” Then he placed his head back down on his paws. After driving around for an hour, the words, “time together isn’t ever quite enough,” played in a song and I realized that I needed to do what was best for Miles, not for me. 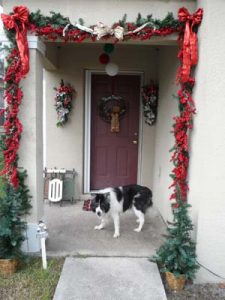 During the first few weeks after I made the decision to have him put to sleep, I wrote a number of pages of memories from the time we spent together. I had originally written a post years back when my other dog, Becky, had passed away titled “The Faith of a Dog,” which chronicled her behavior towards me and asked the question, what if we had that much faith in the God in whom we claim to believe and place our full trust in as our dogs have in us. Today, after re-reading the memories of Miles, some key things stand out from my time with him. Here are some of those musings:

When I first brought him home, he was extremely tentative and shy. He very quickly adapted to his new home and his new (my) bed, alternating between sleeping beside me on the bed or in his new carpeted and air-conditioned dog house (under the bed, king-size at that!). We became best friends.

Miles always had to be playing, if it wasn’t catching a Frisbee, which was most often, it was playing catch with a ball or stuffed animal. His life was always that of having fun and making others have fun by playing with him. He was never aggressive or persuasive, except when chasing lizards; he would patiently sit or pace when he wanted to play, waiting for someone to play with him. Just two things freaked him out, thunderstorms and losing me during our walks – I hid behind trees and cars – he’d be walking along calmly until he realized I wasn’t there, and then panic would set in because as a herding dog he shouldn’t misplace his herd.

Health challenges as he got older seemed to get more frequent, including hurting his back, a vestibular disorder, kidney issues, hearing loss, sight loss, etc. When you looked at him, though, you’d see none of these; he either recovered much quicker and better than the doctor’s expected or he didn’t show the problems. In the end, he couldn’t hide all of his pain; his age and prior injuries caught up with him.

Becky taught me to have the faith of a dog. Her faith was a simple faith. Miles builds on Becky’s revelation with wisdom from a loyal friend. The list is short, and I’m still far from living these out daily:

Live in the present.

Life is too short to spend time dwelling on the past or worrying about the future.

Be happy all the time.

Life is easier and more rewarding when you’re happy.

Love those who feed and take care of you.

You’re perfect just the way you are. Don’t try to be someone else, and, there’s no need to be embarrassed.

Although Miles was a dog, his unfailing love reminds me of one of my most favorite quotes from the epilogue of Les Miserable:

“To love another person is to see the face of God.”

“Rest peacefully, my friend. The next time we meet, we’ll both be perfect and we’ll play Frisbee again!”

"The greatest and most momentous fact which the history of the world records is the fact of Christ's birth." ~ Charles Spurgeon

"Love is what's in the room with you at Christmas if you stop opening presents and listen." ~ Unknown

"No great deed is done by falterers who ask for certainty." ~ George Eliot

"Our words have wings, but fly not where we would." ~ George Eliot