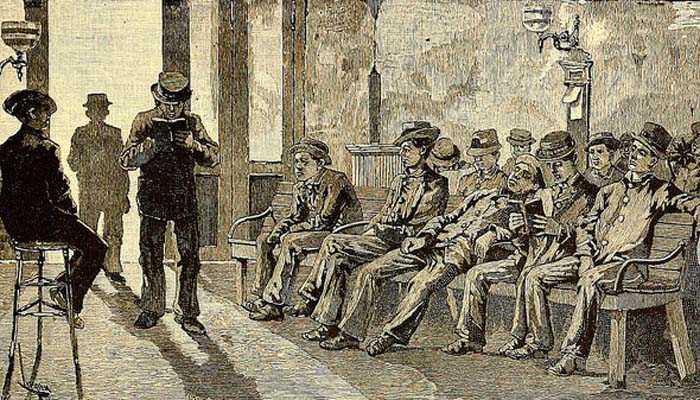 Here’s my thought… We spend a lot of time these days “doing” church, at the expense of “being” the church. At the end of the Gospel of Matthew, the Great Commission is recorded, “Go therefore and make disciples of all nations, baptizing them in the name of the Father and of the Son and of the Holy Spirit, teaching them to observe all that I have commanded you.”

The disciples had a dilemma on their hands as they tried to figure out what had just happened; the guy they thought was the coming messiah just got crucified, and this wasn’t how they had previously interpreted the prophecies of old. The plan was not going well, even though they had been sufficiently prepared for the task in front of them. Then, while they were waiting in the upper room, afraid, alone, and without a leader, Jesus showed up! How freaked out they must have been.

When the “freaking” was over, and Thomas was done doubting, he commanded them to “go.” Unfortunately, many of the Bible’s translations don’t really do this word justice; in Greek, the word is used in a tense that would more closely resemble “while you go,” “when you go,” or “as you are going.”

They had spent the last few days “gathered” in a panic, now they’d been given the command to “scatter” by the One who’d died and came back to life. They not only had the preparation, remember he’d sent them out previously in groups of two, with instructions, as a trial run; but now they also had the “authority” and promise,

The early church grew and flourished because of the faithfulness, eagerness, and obedience of these eleven men, soon to include Matthias and Paul, and a host of millions of other “saints.” These men and women stepped out of their comfort zone (which we’ve come to know as our Christian church buildings, homes, friends, and gatherings – please don’t misunderstand, these too are important, but not all there is) and took the gospel (translated from Greek meaning “good news”) to the ends of the world. In doing and because they valued their relationship with Christ and the desire to fulfill his will in their lives; not only were they willing to lay down their earthly time and personal desires, many of them also lost their physical lives in their pursuit.

How about you, do you scatter or gather?