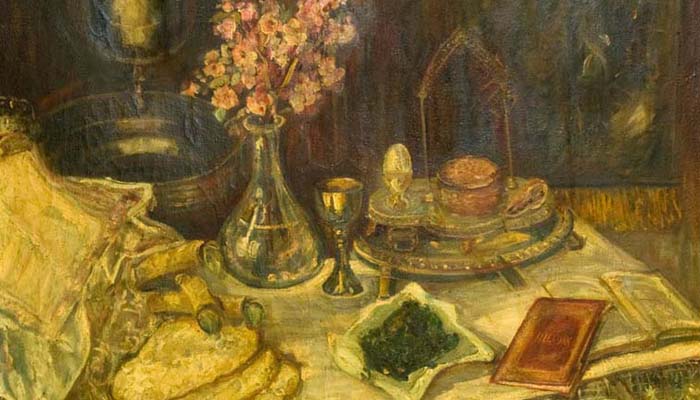 Today we celebrate Easter. This is the day that we, as Christians, commemorate the Risen Lord. A few days ago, the Jewish people commemorated the Passover as they were commanded in Exodus:

Today, many Christians believe that Jesus (and therefore God) was not in control on the evening of Jesus’ last Passover prior to his arrest, unjust sentence, and death. Many believe he was unlawfully arrested by the authorities, tried unjustly by the Jewish and Roman rulers, and unmercifully crucified; but, this could be no further from the truth.

Many times, in the days just prior to Passover, Jesus spoke of the upcoming events:

And as Jesus was going up to Jerusalem, he took the twelve disciples aside, and on the way he said to them, “See, we are going to Jerusalem. And the Son of Man will be delivered over to the chief priests and scribes, and they will condemn him to death and deliver him over to the Gentiles to be mocked and flogged and crucified, and he will be raised on the third day.”
Matthew 20:17-19 (emphasis added)

After the mother of James and John asked if they could sit on the left and right of Jesus, the other disciples found out and were upset. But Jesus called them to him and said, “You know that the rulers of the Gentiles lord [their power] over them, and their great ones exercise authority over them. It shall not be so among you. But whoever would be great among you must be your servant, and whoever would be first among you must be your slave, even as the Son of Man came not to be served but to serve, and to give his life as a ransom for many.”
Matthew 20:25-28 (emphasis added)

When Jesus had finished all these sayings, he said to the disciples, “You know that after two days the Passover is coming, and the Son of Man will be delivered up to be crucified.”
Matthew 26:1-2  (emphasis added)

Long ago, in the Garden, the perfect man had a perfect relationship with a perfect God. The perfect man “fell from grace” when he chose to disobey the perfect God. Hundreds of years passed by, God’s single command was replaced by the Ten Commandments; when one couldn’t work, many more were needed. Finally, after a four hundred year period of silence where God didn’t speak to his people, Jesus descended from heaven in the form of a baby. Thirty-three years later, he fulfilled his mission to secure a way for “fallen man” to have a way back to God.

One gruesome day a little over 2,000 years ago, Jesus became the perfect priest to offer the perfect sacrifice to a perfect God. On this day years ago, as Marv Rosenthal (Zion’s Hope Ministries) put it well, “Jesus became both the agent and the object, the offerer, and the offering. He was the infinite and eternal sacrifice to appease the infinite and eternal God.”

Let’s step back in time, about 1,500 years before Christ was born… Leviticus speaks of seven Feasts of the Lord given by God through Moses to the people of Israel 1,500 years before Christ would come to Earth, and they all play into the depiction of His redemptive story. In the Bible, the number seven is the number of completion or perfection. The four Spring Feasts will be the focus of our attention in this article; the three Fall Feasts are all spoken of in the Book of Revelation and have not occurred yet.

These are the appointed feasts of the LORD, the holy convocations, which you shall proclaim at the time appointed for them. In the first month on the fourteenth day of the month at twilight, is the LORD’s Passover.
Leviticus 23:4-5

The Feast of Unleavened Bread

And on the fifteenth day of the same month is the Feast of Unleavened Bread to the LORD; for seven days you shall eat unleavened bread.
Leviticus 23:6-8

The Feast of Firstfruits

And the LORD spoke to Moses, saying, “Speak to the people of Israel and say unto them, ‘When you come into the land that I give you and reap its harvest, you shall bring the sheaf of the firstfruits of your harvest to the priest, and he shall wave the sheaf before the LORD, so that you may be accepted. On the day after the Sabbath the priest shall wave it.’ ”
Leviticus 23:9-14

The Feast of Weeks

Jesus, personally fulfilled all of the four Spring Feasts from the night of Passover until Pentecost occurred. Let’s look back now to this time, just over 2,000 years ago…

Passover – Jesus was arrested, brought before the high priests and scribes and then Pilate, sentenced to death and hung on the Cross. On this day, Jesus BECAME the Passover Lamb to forever take away the sins of the world.

First Fruits – Once delivered into the promised land, the Jews were to bring the fruits of their first harvest as an offering to God. On the day after the Sabbath, Jesus the first-born of humanity was resurrected.

(40 days) – After his resurrection, Jesus ministered to his disciples and others until he was taken up into Heaven.

(10 days) – For ten more days, the disciples waited for the promised “helper” to arrive.

Weeks – Fifty days after Christ’s resurrection, the disciples experienced the descent of the Holy Spirit (the awaited helper promised by Jesus). “Pentecost” (meaning the fiftieth day) is the offering of new grain.

And when the hour came, he reclined at table, and the apostles with him. And he said to them, “I have earnestly desired to eat this Passover with you before I suffer.”
Luke 22:14-15

Jesus earnestly (importantly, purposefully, seriously) desired to eat the Passover with his closest friends, before he became the Passover himself – and in doing so began the fulfillment of the Spring Feasts of the LORD instituted 1,500 years before his birth.